Brandon Forsyth, Ph.D., earned his doctorate in Bioanalytical Chemistry from the University of Utah, Department of Chemistry. His graduate work focused on the use of single-molecule fluorescence microscopy to measure the adsorption rates of post-translationally modified peptides to supported lipid bilayers. Ras proteins modified with prenyl groups play an essential role in the MAPK signaling cascade, with mutated Ras proteins being associated with many common cancers. The goal of the work was to understand how the post-translational modifications that these proteins undergo affect their association with cellular membranes, which is crucial to their function. 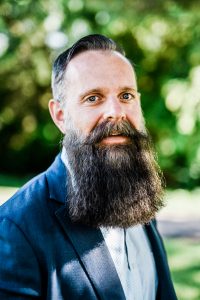 Dr. Forsyth comes to the Utah Department of Agriculture and Food (UDA from the University of Utah, Center for Human Toxicology (CHT), where he worked as an Associate Toxicologist. He worked at the CHT with a team of researchers studying drug-drug interactions between opiates and benzodiazepines. He was also involved there in other research projects involving common drugs of abuse. While employed with the CHT, he was contracted by the UDAF Medical Cannabis program to draft a guiding document for the testing of cannabis and cannabis products.