The Utah Department of Agriculture and Food (UDAF) has taken action to alleviate the stockpile of animals from farms and ranches waiting to be slaughtered and processed.

“We have invited the 10 qualifying custom exempt slaughter establishments in Utah to come under official inspection by UDAF, which will allow them to handle animals that are intended for commercial sale,” said Logan Wilde, Commissioner, Utah Department of Agriculture and Food. 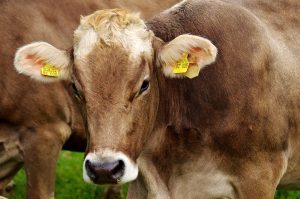 While animal processing backlogs are not nearly as serious in Utah as other parts of the country, many of our inspected facilities have cut back their hours to limit their employees’ potential exposure to COVID19. Fewer animals are being processed, which is starting to result in a lack of feed and land for the stockpile of livestock.

“By taking this unprecedented step we are trying to avoid having animals euthanized and not processed for meat, which is what is happening in some parts of the country,” said Commissioner Wilde.

Meat processed by the custom exempt facilities temporarily under state inspection can only be sold in Utah. However, the meat can be sold to grocery stores, restaurants or directly to end users, which may also alleviate potential meat shortages